Free
SRWare Iron is a web browser based on the Chromium source code
4.3

SRWare Iron is a web browser based on the Chromium source code, aimed to avoid privacy issues resulting from the use of Google Chrome. One of its distinctive features compared to Chrome is that it has a built-in ad-blocker.
At first sight, SRWare Iron looks almost identical to Chrome. To my surprise, after I had examined it closely, including the menus and settings, I realized there were almost no visual differences. Creating two identical programs obviously makes no sense, so I intuited there had to be something else that could make this program an alternative to Chrome. An Internet search soon let me know that the main difference is that SRWare is much more respectful about people´s privacy than Chrome is. As it does not send information to online servers, it is a favorite among Chrome lovers who do not like to share information with Google. This means that, unlike Chrome, Iron does not use a unique user-ID or send crash information anywhere. The downside of this is that, without the feedback, it is much harder for developers to fix bugs, and this, in the long run, can make Iron lag behind. There is no background-running updater, like in Chrome, either. Despite everything said before about not sending personal information anywhere, Iron does include a Sign in to Iron option. And guess what? It uses a Google account but fortunately logging in is absolutely optional.
Since it uses the same source code, there are no significant speed differences compared to Chrome. This means that Iron is undoubtedly one of the fastest browsers around. And not only that, Iron supports Chrome’s extensions and themes. One of the features you might like about Iron is that it shows 12 preview thumbnails instead of the 8 shown by Chrome.
In general terms, if you are not too concerned about your privacy, you might well stick to your Chrome instead of installing another browser. On the contrary, if you feel your privacy is at stake; if your browser says too much about you, you will have nothing to lose and much to gain by installing SRWare Iron.

Thank you for rating the program!
Please add a comment explaining the reasoning behind your vote.
4.3

Jigo
No auto-updater. Basically, it gives you by default everything what you can do manually in Chromium.
Was it helpful?  yes(0) no(0) | Reply
J

Joe Wilsey
You get all of the software development expertise of the Chromium Project, with none of the disadvantages. Plus, it can work as a portable app, if you want to carry it with you, that is, if you don't use cloud sync.
Was it helpful?  yes(0) no(0) | Reply
J
jolin
Many people encounter the following computer problems: take a long time to start up, load websites or run programs. Recently I find functional software which can fix all these problems just with one click: tuneup360, maybe you guys could have a try.
Was it helpful?  yes(0) no(0) | Reply

Protects your privacy and provides options to block online trackers.

Browse the Web with a Chromium-based browser that sends no data to Google.

Browse the Internet securely, without seeing any ads. 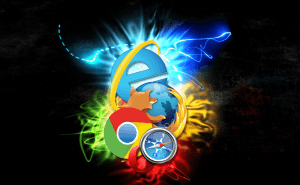 New Browsers That Have A Chance Of Making It Big